Publications are the primary Aeron objects used by an application to send data with, and data is received in an Application by using a subscription. It is recommended that you are familiar with Direct Buffers before continuing with this section.

Publications are the primary API used by a developer to send data to a subscription. The two methods to send data - offer and tryClaim - are both non-blocking. Note that when offering to a publication, the offered data is appended to the local Log Buffer. All sending of the data over the Publication's communication medium is dealt with asynchronously by the Media Driver.

Publications that are not spied will not be able to send data until a Subscription is ready on the receiving side. This applies for both UDP and IPC Subscriptions.

The ConcurrentPublication is returned from by the Aeron.addPublication call. Concurrent Publications work with multiple senders, and are thread safe.

The offer call allows the developer to provide a Byte Buffer to send to the Publication subscribers. Note that offer makes a copy of the data as it copies it from the provided Byte Buffer(s) into the Log Buffer. Use tryClaim to avoid a copy.

There are five response codes possible when calling offer on a publication:

The tryClaim method is best suited to tightly controlled performance-sensitive environments. It allows the developer to reserve ('claim') a section of the log buffer, and then write directly to it. Doing so ensures that there is no copy made of the message buffer during send, as happens with the offer method. Once the write has completed, the developer must commit the write on the BufferClaim received from the tryClaim call. Since tryClaim does not support lengths over maxPayloadLength(), it does not support fragmentation - which ensures that a buffer copy isn't needed in a FragmentAssembler on receipt.

There are five response codes possible when using tryClaim to get a BufferClaim:

Indicates that a subscriber either is - or has very recently been - connected.

Instructs the client conductor to tidy up the publication, and removes the underlying Log Buffers. 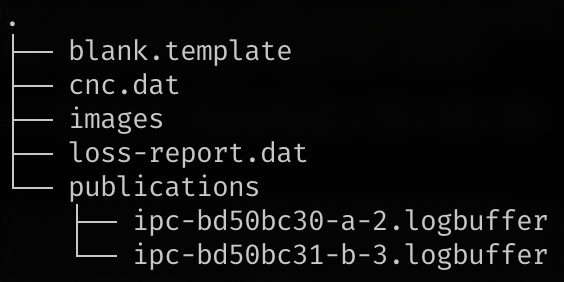 If you set the term buffer length (IPC or Publication as needed) for a publication to 128MB, it will create a log buffer file of approximately 384MB (made up of 3 terms, plus the metadata - see Log Buffers). As the application adds additional publications, the space utilized will grow - potentially beyond the maximum length available in /dev/shm. If this happens, an exception will be raised:

To solve this, increase space allocated to /dev/shm, decrease publications, or decrease the term buffer size.

Consider the following flow: a data source connector is connected to an external source that produces a large volume of data. This connector converts the data format and sends to a router via Aeron. The router in turn sends the data again over Aeron to a recipient which is internally writing to a database cluster.

What happens when the database is unable to write messages fast enough?

On the assumption that the database write and Aeron subscription operate within the same duty cycle, then the first impact will be a reduction in polling for data on the Aeron subscription between the router and recipient. Eventually the log buffers on the router will fill up. When the router attempts to offer a message to the publication, it will receive a response indicating back pressure.

At this point the router has a decision to make - should it either drop the message, or slow down its own duty cycle by attempting to offer to the publication in a retry loop? If the code drops the message, then that data would be lost forever. But if it elects to slow down the duty cycle, then the back pressure will move left into the data source conector to router Aeron flow. Eventually then data source connector will also have a back pressure issue with offering data to the publication, and will have to make the same decision again - drop the message, or slow down.

There are several tactics that can used here:

The synchronous APIs to build new publications are simply:

These APIs will block, and can take a few moments to return.

The Asynchronous Publication APIs are new to Aeron 1.35.0

The asynchronous API is useful when you need to construct Publications in a duty cycle that is sensitive to pauses. This API runs in two steps: first, you call asyncAdd, and then poll get, for example:

Note that in a real world application, you would want to control this process with timeouts. As with the synchronous API, there is also a ConcurrentPublication equivalent for both the asyncAdd and get operation.

The reader should be familiar with Agents & Idle Strategies before continuing with this section.

Subscriptions are not thread safe, and must not be shared. Fragmented messages are not reassembled unless a FragmentAssembler is used. The call to addSubscription will block until the Media Driver responds.

Subscriptions allow the receipt of the message stream from a local or remote Publication. Use addSubscription to build a subscription for a given channel and stream. You will need to supply an object implementing the FragmentHandler interface to process the received messages.

The buffer returned by a FragmentHandler should be considered read only. Do not keep the buffer around beyond a single duty cycle, as Aeron may begin cleaning up the underlying data. It is typically safest to extract all the data required from the buffer in the FragmentHandler.onFragment before passing it to something else that needs to process the data.

Note that the subscription is expected to be polled within a tight loop of some kind. The duty cycle of an Agrona Agent is a natural fit for this:

The required code changes are highlighted below:

With normal polling, the subscription can receive the message but cannot make any decisions on what Aeron must do next. When more control is needed - for example, to allow for the retry of message processing, use the ControlledFragmentHandler along with subscription.controlledPoll.

The ControlledFragmentHandler has a different interface to implement:

The action that must be returned by your method informs Aeron what to do with the received fragments. Options are: